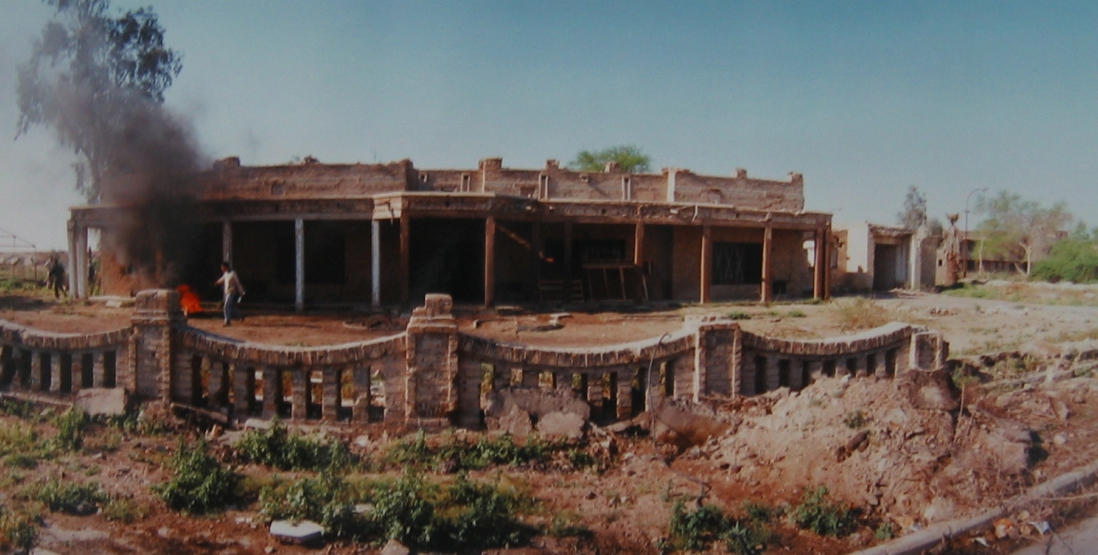 The aftermath of an aerial attack during the Iran-Iraq War (1980–1988), Abadan, Iran. Courtesy of the Organization for Cultural Heritage, Tehran, Iran.

The radical group known as the Islamic State in Iraq and Syria (ISIS) has obliterated or threatened to obliterate many historic sites and artifacts in Iraq and Syria. The losses include more than 40 major cultural heritage sites, such as the Mosul Museum and the archeological sites of Nineveh, Nimrud, Hatra, and Ashur in Iraq and Palmyra in Syria, with at least 14 sites destroyed in 2014 and 27 in 2015. By late 2015, the Islamic State (as it has become known with its expansion beyond Syria and Iraq) reached Libya, posing serious threats to the country’s Greek and Roman antiquities and prehistoric artwork. Following the recent liberation of ISIS-controlled areas in northern Iraq, researchers at the American Schools of Oriental Research Cultural Heritage Initiatives reported that extensive destruction has taken place at two capital cities of ancient Mesopotamia. Throughout 2016 the quantity and range of demolitions have relatively slowed; however, the ISIS threats are still imminent.

To address the devastating effects of all destructions of ancient and medieval monuments in the Middle East, Pamela Karimi and Nasser Rabbat invited prominent scholars to contribute original essays that document, quantify and theorize this demolition. The essays presented here take a long historical view that encompasses instances of destruction of the cultural heritage in the Middle East from the Napoléonic invasion of Egypt in 1798 to the demolition spree of ISIS today. However, the volume does not aim to provide a chronological survey of destruction. Rather, it engages the idea of demolition itself by exploring the agency of ancient monuments in today’s cultures, and the ways in which this agentival capacity has been enacted or rejected through acts of violence, care, or indifference.

What is the impact of obliterating architectural remains on the recounting of history? Why are architectural monuments or iconic artifacts anthropomorphized, and thus their destruction seen as “slaughter”? What is the afterlife of an architectural monument following its “slaughter”? Can ancient monuments and relics “act” autonomously and/or in absentia? If they do, should they be deemed “actants” or non-human sources of action (in the Latourian sense of the term)? As such, in what ways are they part of our lives and social networks, and how should we make sense of them in both material and semiotic ways? And, considering the worldwide reaction to the destruction of Middle Eastern monuments, how and why does the mainstream media foreground and sensationalize it? What are the consequences of dispersing images and videos of the destruction to millions of people around the world on media outlets and social media networks? Finally, why is the general public so obsessed with images of ruins?

The essays in this dossier address these and other issues through various lenses. Some carefully attribute the acts of destruction to ideological stands. Others contemplate the act of deliberate erasure in a more philosophical sense. Still others emphasize the weight of history on destruction from deliberate colonial acts of vengeance to religiously motivated iconoclasm. Altogether, the essays illuminate the larger contexts—historical, political, and ideological—within which the destruction of Middle Eastern monuments has taken place and acquired meaning over the last two centuries.