Pamela Karimi received her Ph.D. from the History, Theory & Criticism of Art and Architecture at Massachusetts Institute of Technology in 2009. She specializes in art, architecture, and visual culture of the modern Middle East. Her second area of specialty is design and sustainability in North America. Karimi is the author of Domesticity and Consumer Culture in Iran: Interior Revolutions of the Modern Era (Routledge, 2013) and co-editor of Images of the Child and Childhood in Modern Muslim Contexts (Duke, 2012) and Reinventing the American Post-Industrial City (Sage, 2015). She has held fellowships from Iran Heritage Foundation, American Council of Learned Societies, the Social Science Research Council, the American Association of University Women, and the Society of Architectural Historians, among others. Karimi has been the co-recipient of the University of Massachusetts Creative Economy Fund twice in 2012 and 2016, and in 2014 she earned the University of Massachusetts Dartmouth Green Award. Co-founder of Aggregate Architectural History Collaborative and a former member of the editorial team of The International Journal of Islamic Architecture, Karimi currently serves on the board of the Association of Modern and Contemporary Art of the Arab World, Iran, and Turkey. 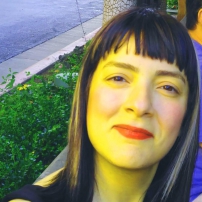