Michele Lamprakos teaches at the School of Architecture, Planning and Preservation at the University of Maryland-College Park. She holds a Ph.D. from the Massachusetts Institute of Technology (History, Theory, and Criticism/Aga Khan Program in Islamic Architecture); a Master of Architecture from the University of California, Berkeley; and a Bachelor of Arts in Near Eastern Studies from Princeton. Lamprakos’ career has combined teaching, research, and practice in architecture, adaptive reuse, and historic preservation. Her research focuses on two main themes: the lives and layers of buildings and sites; and cross-cultural contacts in the Mediterranean world. Her publications include Building a World Heritage City: Sanaa Yemen (Ashgate, 2015); “The Idea of the Historic City,” in Change Over Time (Spring 2014, a special issue for which she also served as guest editor); and “Life in the Khans: the Venetians in Early Ottoman Aleppo,” Muqarnas 34 (forthcoming Fall 2017). Dr. Lamprakos has co-organized two international symposia: “Heritage and the Arab Spring” (Freer Gallery of Art, February 2014); and “Conserving the City: Critical History and Urban Conservation” (University of Pennsylvania, April 2012). Her consulting work includes project review for the Aga Khan Award for Architecture (2010 and 2013 Award cycles). 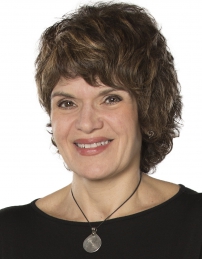