The Design of the Nubian Desert 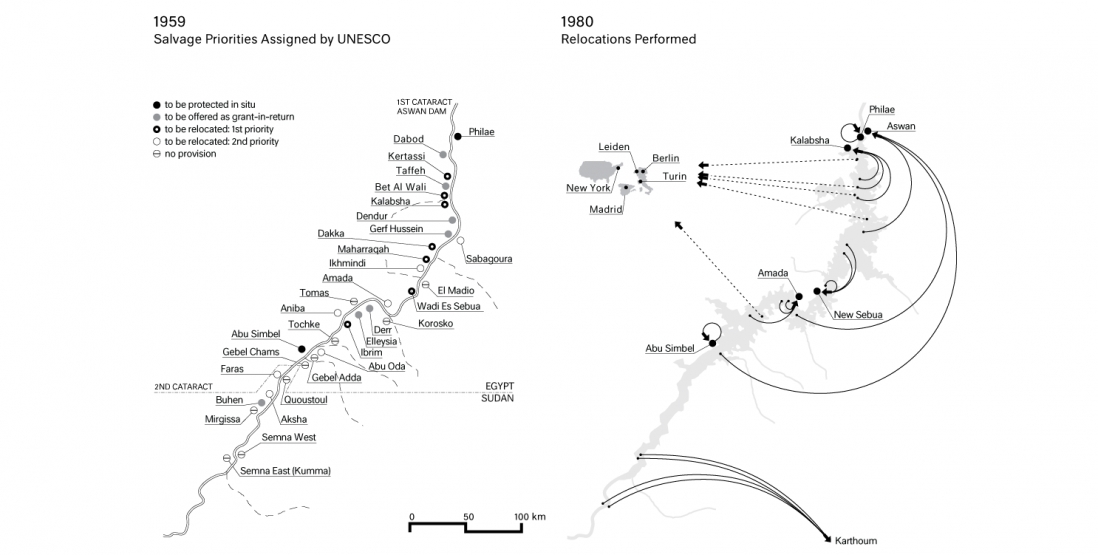 Temples relocated during the International Campaign to salvage the Monuments of Nubia between 1960 and 1980. Twenty-four were originally identified for relocation, with three levels of priority. Seven more were surveyed but not moved, left to be submerged. Diagram by Lucia Allais. Data from UNESCO. © Lucia Allais. 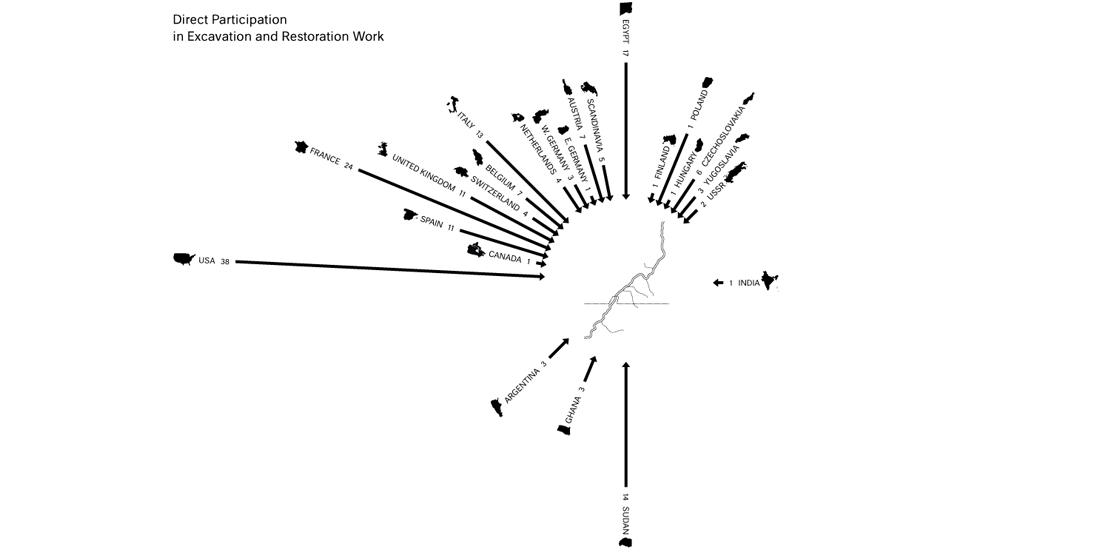 Projects performed by international experts varied widely in scope and scale, but UNESCO collected into a single matrix each country’s “Direct participation in excavation and restoration work”, quantifying this participation in number of missions and experts. This diagram gives a relative measure of the final quantity enumerated for each country, regardless of the nature of what is being counted. Diagram by Lucia Allais. Data from UNESCO. © Lucia Allais. 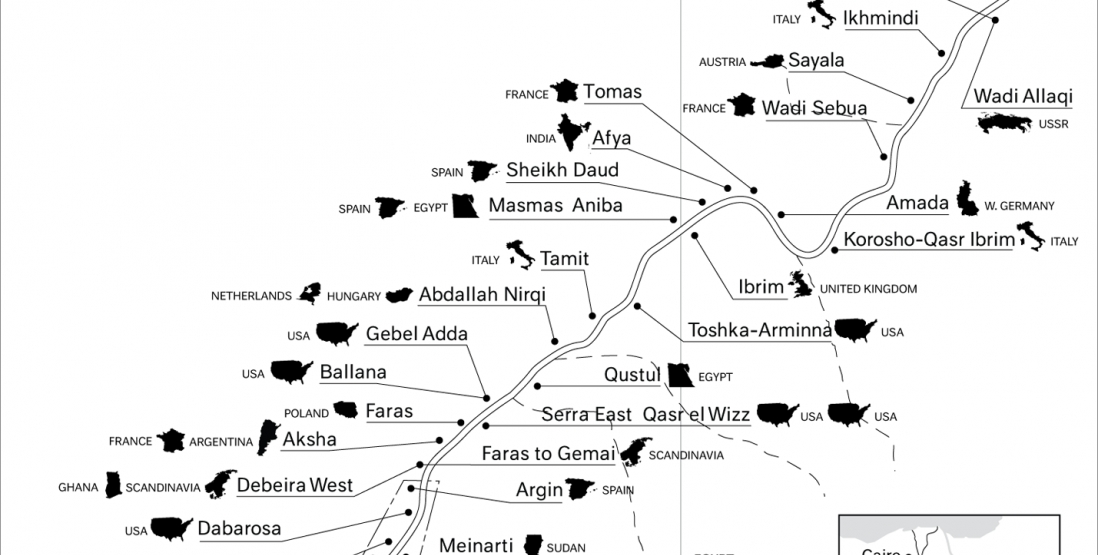 Concessions for surveying the archaeological sites of Nubia were granted along institutional lines, often provoking collaborations across national boundaries, and transforming Nubia into a microcosm of the international order, with a bent towards the West. Diagram by Lucia Allais and Sam Stewart-Halevy. © Lucia Allais. 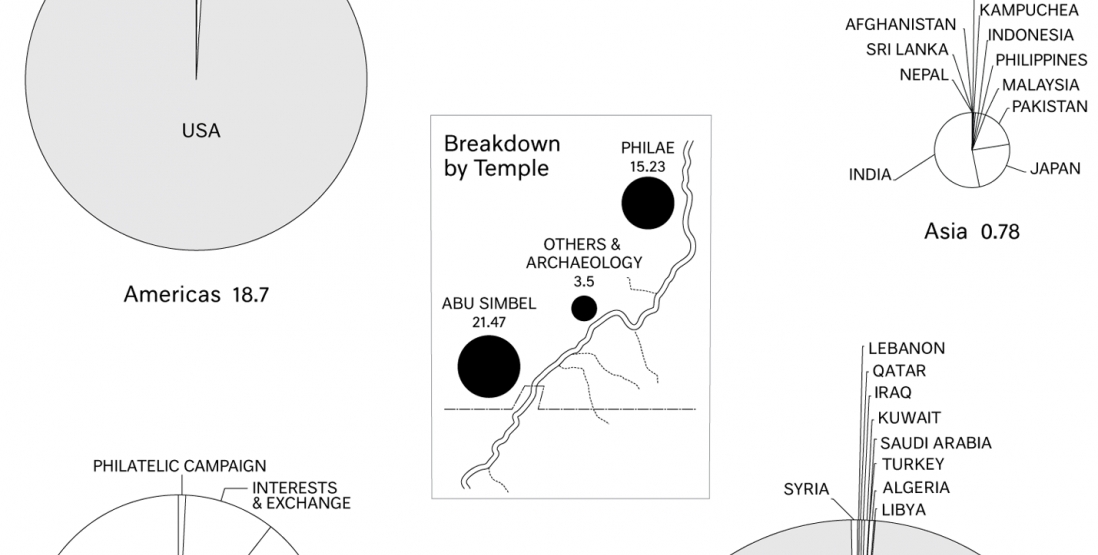 UNESCO created a Trust Fund in 1963 to receive contributions from member states and calculated its final balance in a combined statement for contributions an other income, all expressed in US Dollars. But there are actually four categories of capital mobility represented: 46% of the funds were national (contributed by the Egyptian Government to Nubia in a de-centralizing gesture); 9% were trans-national (contributed by nations directly to Egypt in a bid for bilateral influence); 25% could be called trans-local (contributed in US-owned Egyptian pounds in a gesture of neutralization), and 20% can actually be labeled international (contributed in dollars by individuals, non-governmental organizations, traveling tourists, and interests and exchanges accrued by the fund). Diagram by Lucia Allais. Data from UNESCO. © Lucia Allais. 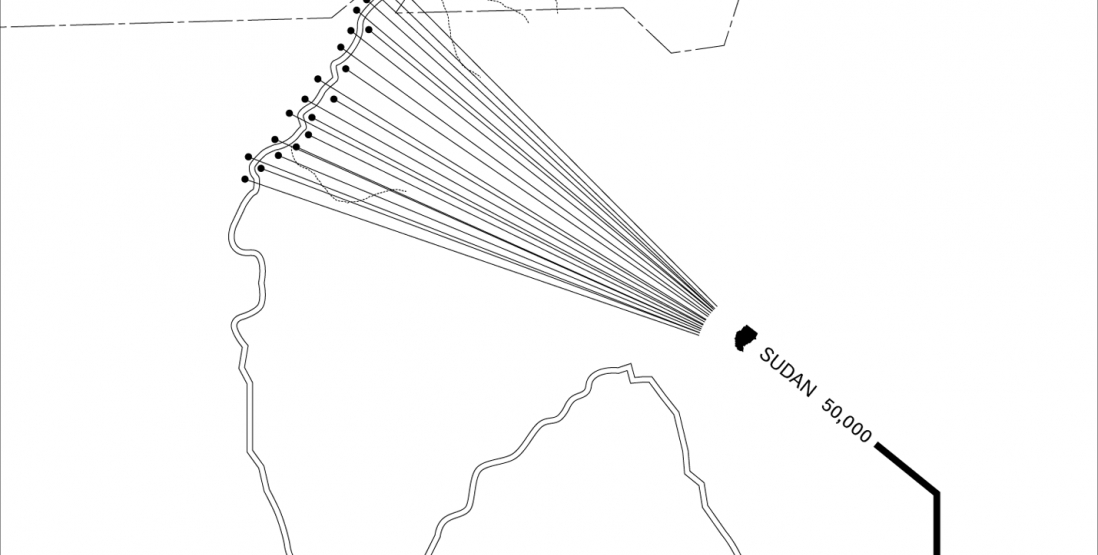 The Nubians had already relocated twice in the century but the Aswan High Dam interrupted the seasonal rise of the Nile, that organized their striated settlement patterns. In New Nubia, villages were divided into three ethnic zones and given names that echoed their original names, such as “New Kalabsha.” In New Halfa, the villages were simply numbered, and given no names. Diagram by Lucia Allais. Data from UNESCO and Fahim. © Lucia Allais. 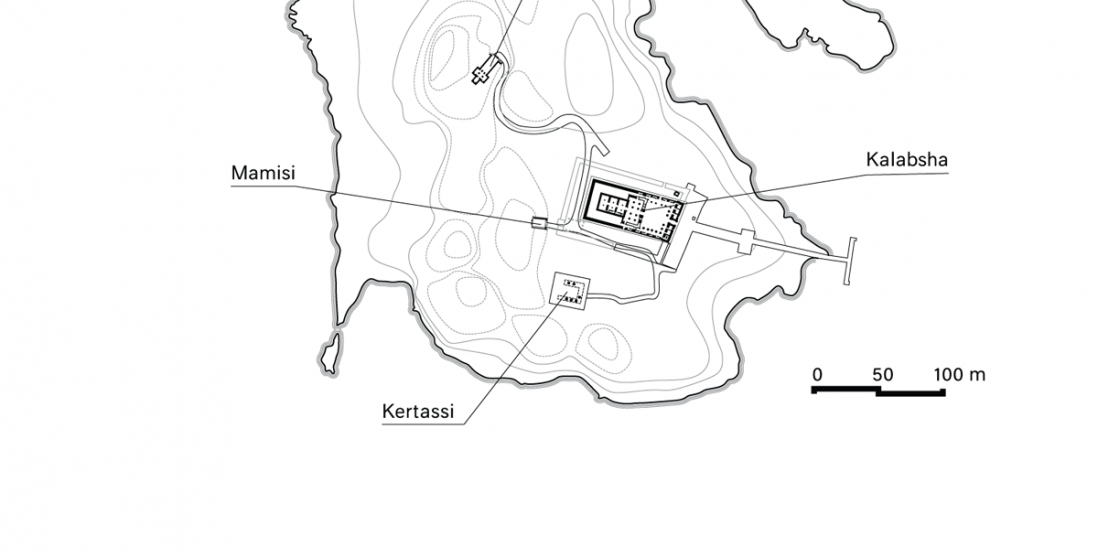 The principles for relocation dictated that temples could be concentrated but should remain “visible only one at a time”, and any tourist facilities be “hidden” behind landscape elements. The role of the Nile as a horizon line in this visibility was maintained, but fragmented, temple by temple. Conversely, temples in export locations were to be isolated and their “material integrity” was to be engineered at the scale of the grain of sand. Drawing by Lucia Allais. Data from UNESCO. © Lucia Allais

Consider the following architectural event: between 1960 and 1980 twenty-four Egyptian temples were surveyed, dismantled, and relocated from their original sites on the banks of the Nile to make way for an enormous reservoir lake created by the building of the Aswan High Dam. Designed to render fertile entire stretches of desert and bring electricity downstream to Cairo, the dam was also scheduled to flood the entire region of Nubia, a long and narrow strip that crosses the border between Egypt and the Sudan, sparsely dotted with mud-brick villages, archaeological sites, and Pharaonic temples. Two groups of temples (the island of Philae and the monoliths of Abu Simbel) were moved by a few hundred yards to nearly identical sites. Eleven others (such as the temple of Amada) were rebuilt and grouped in three oases overlooking the new Lake Nasser. Seven more temples (including the fortress of Buhen) were placed in national museums in Aswan and Khartoum. The last five (including the temple of Dendur, now at the Metropolitan Museum in New York) were sent to Western museums as “grants-in-return” for technical and financial assistance. Fifty nation-states took part in these operations, sending more than 150 teams of experts to Nubia and contributing a total of forty million dollars to a trust fund managed by the United Nations Educational Scientific and Cultural Organization (UNESCO).1
—Lucia Allais

These six diagrams originally appeared as illustrations for Lucia Allais’s essay, “The Design of the Nubian Desert: Monuments, Mobility, and the Space of Global Culture” in Aggregate’s first book, Governing by Design. They are re-republished here following reviews which found them “beautiful” but “too small for the book format.”