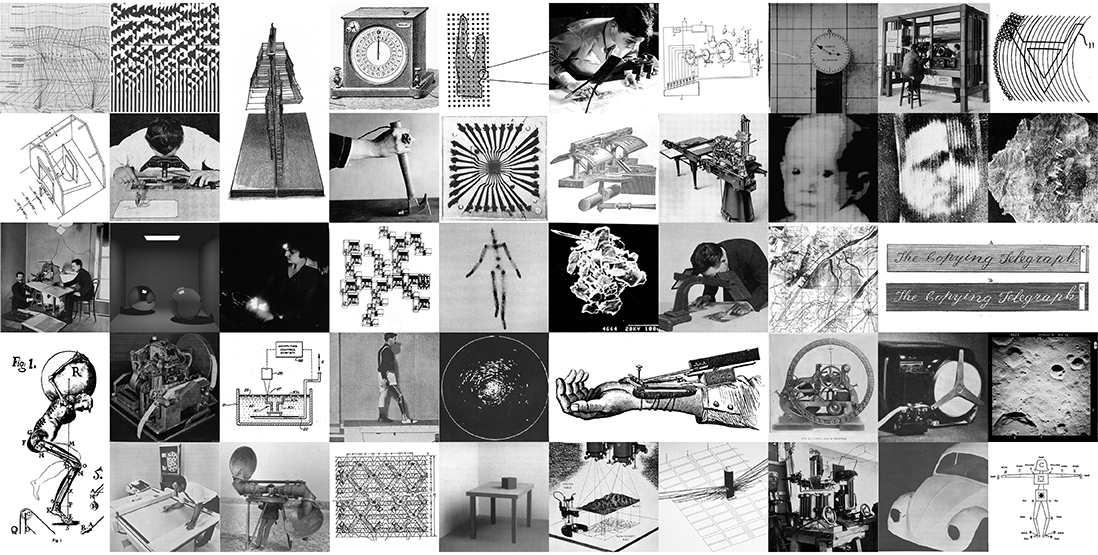 Caught between technophilia and technophobia, the fields of architecture, landscape, and urbanism are unable to articulate the material and epistemic conditions under which they labor today. Architectural techniques and tools remain consigned to the celebratory rhetoric of scientific discovery and technical innovation, whose principles now govern design practice and pedagogy simply by way of theoretical exhaustion. Speed, exactitude, acumen, efficacy, expertise, efficiency, and other trusted axioms of modern life can no longer conceal the political and existential silence that resides at their core. The Instruments Project is an excavation of that silence: its continuities and divisions, its hidden historical impulses, and the forms of reasoning and representation resident within it. Through sustained attention to instrumental processes that are by design simultaneously material and metaphysical, the project works towards establishing the technical dimension of architecture, landscape, and urbanism as a legitimate site for historical inquiry and philosophical reflection.

The project proceeds from a twinned assertion. First, there is no “pre-technical” form of life, and therefore no possible epistemology in which technics simply follow from other domains of knowledge. Second, technical conditions are never “merely technical” but rather open onto the whole of lived life. Against that background, the Instruments Project undertakes a series of basic questions: What is an instrument? What does it mean to undertake even the (supposedly) most rudimentary technical operations—scanning, modeling, specifying, rendering, sensing, timing, imaging, using—whose present semantic emptiness is matched only by their historical and philosophical richness?

This line of inquiry has given rise to series of concerns that cut sideways across those initial questions: What counts as evidence within architectural reasoning today? Not so long ago students of architecture hung plans and sections of historical precedents on the wall to account for their work during reviews. Today, it seems, the same walls are covered with numbers on energy generation and consumption, flow diagrams showing water usage, images of brain scans, maps of transportation networks, models of thermal distribution, etc.—in other words, “data” in various guises. This renewed reliance on the empirical natural sciences is not unique to the discipline of architecture either. About a hundred years ago the disciplinary boundary between the natural and the human sciences was drawn at universities in the West —however problematically—along the criterion of normativity. Now it seems that several well-established humanities disciplines are turning towards the empirical results of the natural sciences in settling the epistemological questions in their fields.

This project, then, is also an attempt to come to terms with a specifically contemporary form of naturalization—or neo-naturalism—and its primary unit of knowledge: “data.” What is data, and what has it meant to intervene in the world on its basis? What would a history of data look like, and how does it differ from the history of “facts?” To what extent are some of modernity’s most intractable philosophical anxieties—regarding risk, uncertainty, probabilism, perception, and embodiment—concealed within its seemingly mundane instrumental operations? And how exactly do these operations expose architectural reasoning to a far more expansive metaphysics, lurking all along beneath modernity’s most prized technical concepts: automation, mechanization, standardization, signalization, and control? Ultimately, what would it mean today for architecture to take technics seriously as a site for historical and philosophical reflection?

What would it mean today for architecture to take technics seriously as a site for historical and philosophical reflection?